Moon rockets are rockets that are designed to visit the Moon, Earth's only natural satellite. These rockets do not need to be as large and sophisticated as those designed to reach Mars or Jupiter due to the low Delta V required (670 m/s, from orbit). It is recommended that players build Moon rockets after orbital rockets before advancing.

Building a Moon rocket is quite simple compared to building longer-range rockets. A Moon rocket should consist of at least 3 stages:

This stage will, or should carry the rocket to closely achieve orbit around Earth.

It should contain at least 1 high-thrust engine (Hawk Engine, Titan Engine or Frontier engine). Have some fuel tanks, but not too much (6 wide or more is recommended). It is also viable to add a pair of boosters which run out of fuel first to be staged with side separators (see figure 2). The boosters can be ignited before the first stage fires its engine(s) to get to orbit.

It should be propelled by a vacuum engine, like the Valiant Engine or Frontier Engine.

The third stage will (or should) land on the moon, and optionally, return to Earth. It should usually be propelled by a small engine like the Kolibri Engine. Add a pair of landing legs to cushion the impact while landing on the moon, in case you don't slow down early enough. If it can get back to Earth, it should have a capsule (that can carry astronauts), parachutes (to slow down into the atmosphere during landing on Earth) and a heat shield to protect it against the heats of reentry.

It can have up to 5 stages for multi-moon missions (say, from Jupiter, starting on one of its moons through alternative means)

Rockets that have went to the Moon in real life. The most famous example: the Saturn V. There's even rockets that were intended to be launched ON the Moon's surface.

Fig. 1 - A basic rocket that can land on the moon and return.

Fig. 2 - Another basic Moon-capable rocket that has extra boosters. 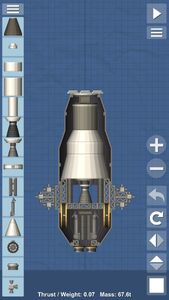 Fig. 4 - A three-stage moon rocket that can go to the moon and back.