Callisto is the second-largest and most distant of Jupiter’s Galilean moons. It is colorful and spotty in appearance. Callisto is included in the Planets Expansion DLC.

Landing on Callisto is relatively easy because it is far away from Jupiter. Callisto's gravity is the smallest of all the Galilean moons at 1.235 m/s2. Callisto's terrain is usually smooth with some big and wide craters.

What to do on Callisto

Callisto, similar in more ways than one to Ganymede, is prime for gravity assists. Low passes can be hazardous as the rims of Callisto’s craters can exceed 200 meters in height.

However, easy orbits around Callisto can be achieved without gravity assists, because at Callisto’s distance from Jupiter, your rocket will not be moving at a very high velocity, even if it is on an escape trajectory.

Like the Moon or Mercury, Callisto’s surface is heavily cratered. Unlike the moon, however, these craters are remarkably large and have some rough surfaces on them. The flat surfaces are usually have small hills with a few shallow craters. Callisto's craters are not that steep as the Moon's or Mercury's craters are.

Make sure your rocket has a wide base so it does not tip if you land at an odd angle and land on a flat surface to avoid tipping. 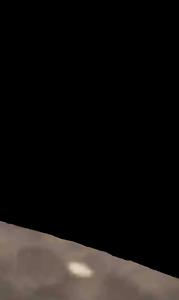 An examination of Callisto's surface from orbit, showing terrain features