Career mode is a game mode that is as of January 27 available as a prototype. This mode is for completing missions in the game. The game mode is currently an early prototype posted by Stef Morojna on YouTube.

In the video shown, it has structures:

On January 26, the developer released the 1.5.5 public beta, where after naming the new world "Test Career", you can play an early prototype of this game mode. Later, 1.5.6 was released, which includes overhauling the career mode system. 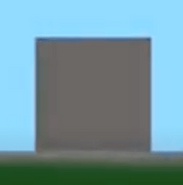 The Mission Center(this building is removed)

The Research (This building is removed) 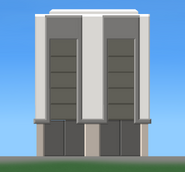 In the 1.5.5 update the career mode prototype was released. It has a few missions, few parts to unlock and it added new parts and buildings, such as the Peregrine Engine, the SRB and the Vehicle Assembly Building.

In 1.5.6 the career mode is overhauled. Instead of missions, there are achievements. Every time a new achievement is obtained, it gives the player funds to buy new parts. The Mission Center and the R&D buildings had been removed and incorporated into the building called the Hub. The R&D has been reduced into a tab. Formerly, you can only access the career mode in the Example solar system but now you can access it now in any custom solar system.

It is said that the career mode will be officially released to the public at the 1.7 update, but that may change due to different plans.