Earth has an atmosphere that is thick enough for rockets to slow down when deploying a parachute without any destruction, and thin enough to not cause any problems while launching from it.

After building a rocket in the Vehicle Assembly Building, the rocket is rolled out from the VAB and transferred to the launch pad. This is where it will start its mission. Most rockets are launched from Earth.

The Moon is Earth's only natural satellite. It has no atmosphere. Many players land a lander or rover on the moon before heading to Mars.

Earth's atmospheric curve is 10. atmosphere fades fast in the beginning until it becomes very thin, then fades slowly until reaching the Karman line.

Earth's atmosphere is not enough to cause significant problems such as slowing down of rockets due to atmospheric friction when going up into the atmosphere.

Earth's atmosphere can sufficiently slow down a rocket descending with a parachute or two, but in some cases, it's not being slowed down enough, causing minor damage to the rocket.

When flying a plane in Earth's atmosphere, make sure it has some aerodynamic parts to avoid spinning.

Setting a trajectory below 8 kilometers during a return mission can cause problems on descent, such as an unwanted rotations during reentry, and even burning up into the atmosphere during reentry.

When traveling fast into Earth's atmosphere, the rocket will most likely burn up, unless it has many heat shields.

The terrain on earth is covered in rolling hills, like Mars, but they are low in height and a little spread apart, and unlike Venus and/or Io, which have tall mountains/volcanoes that makes a hazard who lands on the edge or slopes of those structures. Landing on rough surfaces such as a steep hill would cause the rocket to tip over, and fall to the ground. Try to land on a surface that has a relatively flat surface.

The height of the hills are around 35 meters at their highest. There are smaller hills that are 5 meters and one meter high.

Earth has no landmarks. But there is one facility on Earth where rockets are launched. It's called the Space Center.

The Space Center is a place on Earth where rockets are launched. It has four buildings. They are the Mission Center, the Research and Development, the Vehicle Assembly Building and the launch pad.

Earth is the home planet and the celestial body from where you start. There are several activities to do on Earth without leaving the ground and reaching space:

Starting small is advised first. You could practice launching a rocket by building a basic rocket and send it into a suborbital flight. The next thing you can do are orbital flights. Then you can go to the moon, then you do complex things such as interplanetary spaceflight, and building space stations!

Earth can be also used for gravity assists. Getting orbit on Earth from other planets is easy. Getting to orbit from the surface is relatively easy, but it requires some high-thrust engines to lift it off from the ground.

There are eight achievements on Earth:

A section of Earth's surface 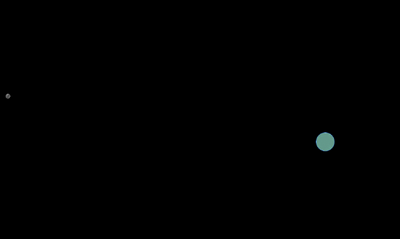 The Earth and Moon in physics view 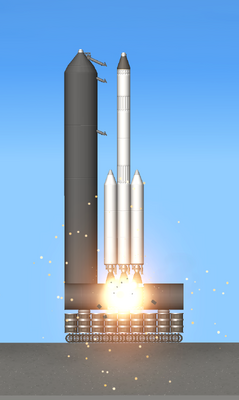 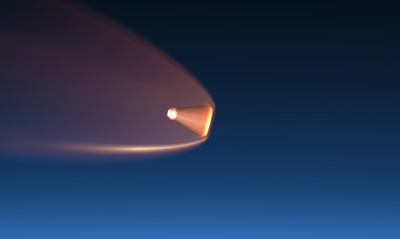 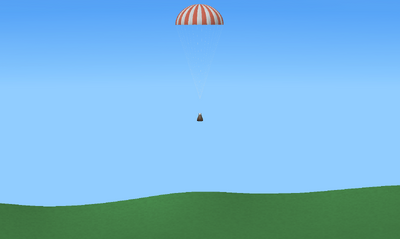 A capsule landing on Earth from orbit