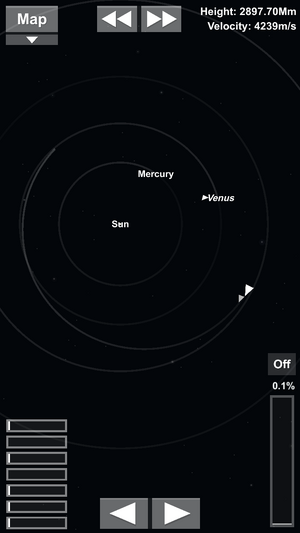 Gravity assists are performed to save fuel at the expense of time. They have been used by many spacerockets throughout history.

Gravity assists are largely used during a Mercury Return Mission and usually use Venus and Mercury. However, they can be performed with all other planets and the Moon.

During a Mercury mission, the rocket might reach Mercury's sphere of influence, but too fast. In order to decrease speed, three or more Mercury flybys should be needed.

In addition, when a rocket leaves Mercury, a flyby can increase its aphelion to the orbit of Venus.

Mercury has a very small sphere of influence, very close to the sun and little gravity. Because of this, gravity assists are difficult to perform.

In addition, Venus is used for rockets that have only little fuel left, that cannot reach the Earth in one flight. A Mercury Return Mission or a Venus Return Mission might use all or nearly all fuel of a spacerocket. However, if the astronaut waits for a correct planetary alignment and uses a Venus flyby, it can rise the aphelion of its rocket to reach Earth orbit.

The Earth can be used for a rocket passing from Venus to Mars or from Mars to Venus. However, this is something done rarely.

More often, an Earth gravity assist can be used for a rocket in heliocentric orbit, to get to Venus, Mercury or Mars, saving fuel.

NASA sent the probe OSIRIS-REx to have an Earth gravity assist, in order to reach an asteroid. The rocket Deep Impact performed several Earth flybys to gently adjust its orbit, to encounter a comet.

Warning: The Moon might sometimes get in the way of an Earth gravity assist.

The Moon has little gravity, but still can be used for a gravity assist. One or two Moon flybys can send a rocket into heliocentric orbit. NASA's STEREO-A and STEREO-B probes used a Moon flyby for this reason.

Mars was used for Dawn and Rosetta missions for a gravity assist. A Mars flyby can send a rocket into the asteroid belt or Jupiter. In addition, a Mars flyby can lower the perihelion closer to Earth.

The two small moons of Mars have no gravity. A flyby cannot change the orbit of a rocket, due to the lack of gravity on the moons.

Jupiter has a very high gravity, which makes it useful for gravitational assists, such as when NASA used it's gravity to give Voyager 2 a boost in speed to allow it to reach Saturn, however in the base solar system this gravitational boost is useless as no objects beyond Jupiter's orbit has been added.

Jupiter's gravity can be very useful as it can give you a very large gravitational assist which can send you to reach other planets and stars but only if you are using a custom solar system which adds them in.

Warning: When using Jupiter's gravity you will going to want to be careful when getting close due to Jupiter's four moons (like Io) as they have quite large hill spheres and that could easily disrupt your gravitational assist.

In some simulators, like the Kerbal Space Program, it is possible to use a Sun gravity assist, a thing that in reality is not possible (except for an interstellar mission, for a rocket approaching from another star). In Spaceflight Simulator, this is not possible, unless there are neighboring stars in a custom solar system pack.

To perform a gravity assist, there are a few things that must be considered:

Only when you enter a planet's sphere of influence, you can see the path your rocket will have after flyby.

Watch the path your rocket will have around the planet.

The same happens if the rocket performs a Moon flyby, in relation with the Earth, or the Galilean moons of Jupiter.

In order to perform gravity assists, a rocket has to do trajectory correction maneuvers and deep space maneuvers.