Jupiter is a gas giant and the largest planet in the Solar System. It has colorful bands of red, orange, yellow, brown and white, with blue at its poles. It was added in the 1.4 update, but is only available if the Planets Expansion DLC has been purchased.

The planet's thick atmosphere is well-suited for aerobraking and using aerocapture. Use of this tactic was impossible before 1.5: there was an issue where a rocket's velocity caps out at 10,000 m/s in the atmosphere, meaning that attempting to aerobrake at Jupiter would cause a rocket's orbit to suddenly reduce to almost sub-orbital speeds.

While it appears to have a surface, you cannot land on Jupiter. In Jupiter’s code, terrain collision has been edited in such a way that you cannot in any way touch it, similar to the Sun.

How about entering its atmosphere? Due to the high pressure and velocity of entering Jupiter's atmosphere, a rocket passing through its atmosphere will burn up quickly, with or without a heat shield.

Jupiter is a gas giant so it has a liquid surface. Rockets trying to land on Jupiter would instead get deeper and deeper below Jupiter's sea level until you reach the core, where the rocket would experience glitches.

Jupiter has 4 moons (commonly known as the Galilean moons): Io, which has many volcanoes; Europa, which is easy to explore; Ganymede, which has rough terrain; Callisto, which has a cratered surface. The moons of Jupiter are special because they have their own difficulty to get there.

Io is the innermost of the moons of Jupiter. It has many volcanoes and has a large gravity.

Europa is the smallest moon of Jupiter and the easiest to explore. It has a low gravity and a smooth and icy surface.

Ganymede is the largest of the moons of Jupiter, the largest in the solar system and the hardest to explore. It has a rough terrain and icy surface.

Callisto is the second-largest and outermost moon of Jupiter; it has a low gravity and has a cratered and icy surface.

What to do on Jupiter?

Jupiter has a huge gravity. It has a large sphere of influence (2.9 million kilometers in size) and many moons. It can be used for the following activities:

Jupiter gravity assists are used to a spacecraft when they reach far away objects (such as another planet, a Kuiper belt object or even the far reaches of the solar system).

Grand Tour of the Solar System

Doing so would recreate the Voyager probes' missions; but you must wait for planetary alignments to conduct this mission.

Exploring all planets of the solar system

This is very complex. You must do it with a planet pack with objects past Jupiter. You must also assemble rocket stages that orbit planets. Doing this would cost large amounts of fuel and this would take a lot of time.

Like the Voyagers did in their mission, you can use Jupiter to escape the solar system to explore interstellar space. You can also explore other stars such as the Alpha Centauri system, the Kepler system or just like that.

You could build a Jupiter space station, but due to the size of Jupiter, orbits are hard to align. You can also do it in Jupiter's moons, since they are smaller.

A Jupiter return mission could be done, but it would take a lot of time and fuel.

There are so many things to do in Jupiter other than that.

A rocket on Earth that is capable of getting to Jupiter 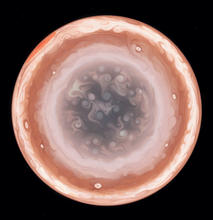 A sneak peak of Jupiter in 1.4. The Great Red Spot can be seen on the top-left limb of Jupiter. 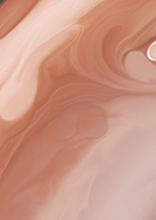 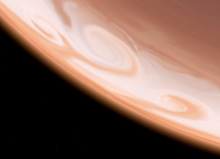