4464.6 kilometres
The Moon is the only natural satellite of Earth. It does not have an atmosphere, so parachutes and aerobraking will not work. However, it has a rocky terrain and it has many landmarks and surface features.

The Moon is the closest celestial body to Earth and has a low gravity (7 times lower than that of Earth in-game), making landing burns easy and orbital maneuvers less expensive in fuel. It is also the place where players then go to after orbiting the Earth.

Many players choose to go to the Moon after orbiting the Earth, and usually before visiting the Red Planet (Mars).

The terrain is covered with a lot of craters and a few mountain peaks. In between the craters the terrain is mostly flat with small craters on it. Some craters are inside a large crater, as seen above. Landing on an edge of a crater is safe, but there is a small risk of tipping over due to the Moon's gravity is so small. Landing on an edge of a mountain on the moon is safe, since the Moon's mountain peaks are not steep enough for rockets to tip over.

The safest zone to land on the moon is the areas between the craters. In that area, the terrain is mostly flat.

Moving on the Moon

Although the Moon has a low gravity at 1.42 m/s2, it is very high than Mars's moons, Phobos and Deimos, and has a higher gravity than the last 3 Galilean moons. RCS Thrusters are required to propel a rocket to liftoff. Considering the relatively low efficiency of the thrusters, 120s, moving on the surface with Rover Wheels or even using engines like the Kolibri Engine may be a more economic solution for moving.

There are many landmarks to explore on the moon. Some of them are craters, while others are basins and all sorts of things.

Mare Tranquillitatis is a sea on the moon. It is large in size and it is covered with some shallow craters.

Due to its large size, some landers will land on this point. The material from this location is mainly basalt, so sample return mission are recommended to land on this area. Some will even build bases on the surface.

Mare Tranquillitatis is the landing site of the famous Apollo 11 mission and Surveyor 5.

Mare Serenitatis is another sea on the moon. It is slightly smaller than Mare Tranquillitatis, and it has a few craters on its surface. The material is mainly basalt, just like Mare Tranquillitatis. Rovers and sample return missions are also recommended on this site.

Mare Serenitatis is the landing site of the Apollo 17 mission.

Tycho is a large crater on the moon. It is named after Tycho Brahe, a Danish astronomer. It can be a prime landing site for many landers and rovers.

Oceanus Procellarum is an ocean on the moon. It has some craters on it. Copernicus is situated on this ocean.

Due to its large size, it is recommended for lunar bases and large landers.

Named after Nicolaus Copernicus, Copernicus is a large crater on the moon, located east of Oceanus Procellarum. The material on this crater is mainly young basalt which is darker than in any place in the moon. Apollo 12 landed south of this crater.

Lunar bases and some research probes are recommended on this site.

What to do on the Moon

The Moon is the next destination for players to explore after orbiting Earth. They first try to land on the moon, and then do complex things on the moon, such as Moon bases. Some even recreate famous space missions, such as the Apollo program.

They send different spacecraft on the moon, such as:

An orbiter or a satellite on the moon can be launched. Lunar flyby probes also passed on the moon, but they didn't land or orbit on the moon.

Some space probes used lunar gravity assists to help push the rocket out of the Earth's sphere of influence. However, it is unnecessary to do that in most landing missions; but in return missions, it is recommended to do that. One or two gravity assists can help push the rocket out of the earth and put it into a heliocentric orbit around the Sun with the right position.

Landers are spacecraft that land on the moon. Players usually do that before even going to do complex activities.

Moon rovers are vehicles that drive on the moon. They explore the surface of the moon. They can also be used to drive around to make a spot for a surface base.

Rovers may get upside down when going into rough terrain (such as craters or mountains); so, it is advised to drive slowly or make the rover a bit larger.

A lunar space station can be built on the Moon. They usually sit in a medium orbit. They refuel spacecraft to land on the moon, and to return to Earth orbit and return safely. They can have their own lander, and return to the space station.

A lunar space station can be used to dock service modules and capsules while the other astronauts explore on the moon lander that has landed. They wait until the lander docks to the space station again. They then return to Earth.

Lunar bases and launch pads can be built on the moon, if they are near a crater on the moon, or if they are in a flat surface. The launch pad can be in the moon's craters or near the base, and can launch multiple rockets to send it to somewhere else.

Buildings may be built beside the launch pad.

There are two achievements that can be obtained on on Venus: 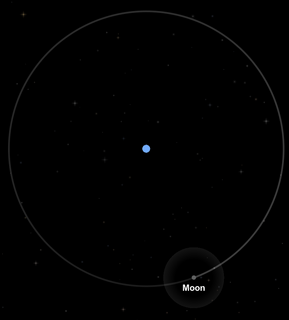 The Earth and Moon 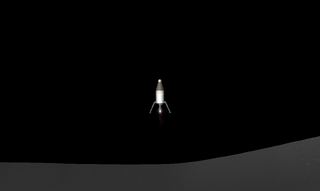 A lunar lander landing on the moon 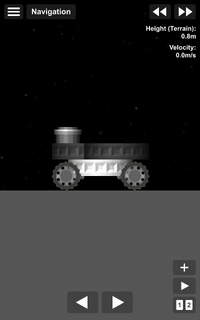