The Valiant Engine, formerly the Broadsword L.F. Engine, is a low thrust; high efficiency engine. It is the smaller version of the Frontier Engine, and used as the second stage counterpart to the Hawk Engine.

When active, it emits a translucent purple flame with a shock diamond. The Kolibri Engine has a similar flame. The engine burns 5t of liquid fuel in around 35.2 seconds. On Earth, it can lift 40 tons. 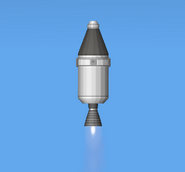 Valiant in the Earth's lower atmosphere 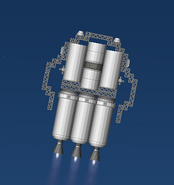